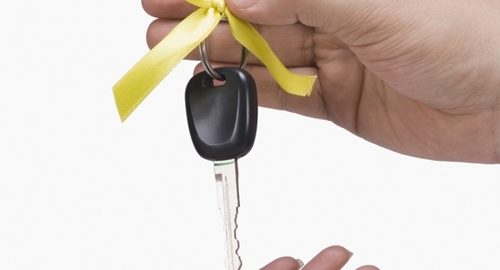 The housing market has been slowly recovering since the bust six years ago, a cause for optimism among those in the mortgage industry. It also increases the responsibility on lenders, and the importance of tools like installment loan software. Such programs could become even more vital going forward, as some factors that indicate that recent improvement may just be the start of a boom in the market. Here are eight of them:

1. Optimism among loan officers: When questioned by the Federal Reserve, the majority of loan officers replied that they thought credit standards were easing. This indicates a widespread commitment to greater mortgage access.

2. More houses being built: Groundbreaking on new homes last month corresponded to an annualized rate of over one million. Per Bloomberg, this represents an increase of 6.4 percent over last year's totals. This suggests confidence on the part of the construction industry, as well as a greater supply available in the event that demand also increases.

3. Stock market indicators: If the stock market is an accurate predictor of housing market trends, things are looking up. The home building stocks within the iShares US Home Construction ETF ITB are trading higher than they were before May 2013, when concern over rising rates led to some stock resistance.

4. More jobs: As more college-educated people find gainful employment, the number of potential buyers swells. This demographic is particularly important, as they represent some of the best paying (and therefore most mortgage-eligible) vocations.

5. High rental prices in major cities: While there is a stereotype that Millennials are comfortable cohabiting with parents or friends, this often isn't the case. In addition, high rents in many sought-after areas could lead a younger generation to consider buying property sooner rather than later.

6. Increased demand: This uptick is a function both of the number of people aged 35-39 (a key demographic), and of their willingness to pursue longer-term investments like houses. As the economy continues to improve, this slice of the population is likelier to be interested in less-immediate expenditures, which in many cases means the pursuit of property.

7. Fear of missing out: Mortgage interest rates are falling to levels that haven't been seen since 2007, but there is no guarantee that the trend will continue indefinitely. Those who have been waiting for the opportune time to dip into the market could be compelled to do so sooner rather than later. Prospective buyers worried about missing out on the sub-4 percent interest rates being pushed by Fannie Mae and Freddie Mac could spur massive industry growth.

8. Earnings increase: In January, hourly wages jumped 0.5 percent, across all sectors of American workers. This is a particularly important figure, because it represents a more stable influx of capital into the economy, and is well above general month-over-month figures. If this increase in income came in the form of bonuses or tax rebates, it wouldn't be as pertinent, but when consumers receive more reliable funding, the housing market tends to follow suit.

Of course, all of these indicators are exactly that: indicators. It remains to be seen whether the boom actually happens, and if so, how lending institutions choose to react.