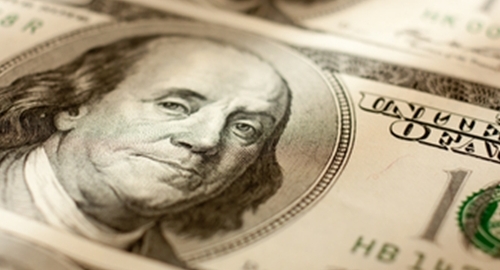 Most figures show that the American economy has been on the upswing for several months: GDP growth is steady, unemployment is down and the financial sector has put the Great Recession behind it. However, lending recovery is lagging behind the notable increase in incoming assets.

In 2014's third quarter, U.S. banks added $58.7 billion in cash balances, whereas lending increased by $53.7 billion. That's the sixth consecutive quarter of growth, but it has slowed significantly after a $183 billion jump in Q2, and the amount of money that banks are holding is up appreciably. Banks have $1.9 trillion in cash on hand, up 25 percent over the last 18 months. In the same period, lending has grown just 7 percent.

Banks now hold about 12 percent of their assets in cash, up from just 3 percent prior to the crisis, and they've increased their Treasuries holdings by 116 percent in just one year. Consumer demand for loans is up more than actual lending numbers, and analysts are split as to the reasons why financial institutions have not kept up.

"My clients tell me it's regulatory-driven," said Schulte Roth & Zabel partner Joseph Vitale to Fortune. "They say they would lend more if it weren't for the regulators."

But others believe that the pressure from regulators to encourage more responsible lending practices is not enough to account for the nearly $2 trillion that banks are holding on to.

Loan calculator software can help lenders overcome any misgivings they may have about the health of the market, accounting for credit histories and federal rules to guarantee automatic installment payments.