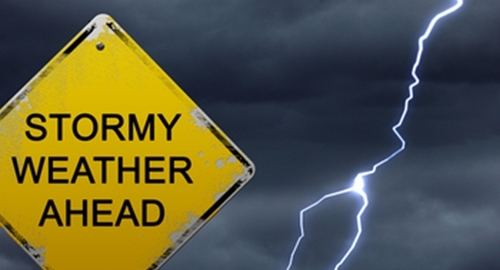 Housing starts dipped to levels not seen in 12 months in February, likely a result of poor weather that has left many areas covered in precipitation.

Other causes include a strong dollar and weaker overseas growth than anticipated, both of which have caused construction companies to haul activity while they wait for better economic indicators for building. All of this may delay a presumed June interest hike, which was expected from the Fed.

Joel Naroff, chief economist at Naroff Economic Advisors in Holland, Pennsylvania, was blunt about the impact of the season on housing market activity.

"The winter was brutal. Of course, that makes the job of convincing the markets that it is time to start the return to normal interest rates more difficult," Naroff told Reuters.

The actual numbers were down 17 percent, to a seasonally-adjusted 897,000 new groundbreakings. According to the Commerce Department, this figure hasn't been this low in over a year, since January of 2014. The actual figure was well below the initial forecast of 1.05 million units. However, some are optimistic that this is simply a weather-aided aberration and things will turn around shortly.

"We find it reasonable to excuse the bad news in the February data because of the unusually cold weather during the month and think a weather-related rebound is likely in March," Daniel Silver, an economist at JPMorgan in New York, told the source.

The housing market, even during the best of times, can be somewhat volatile. Thus, it is incumbent upon financial institutions to ensure that they are consistently receiving accurate payments, exactly when they should. Installment loan software is a valuable in tool in this effort, and can help these organizations manage all of the details — no matter what the weather holds in store.