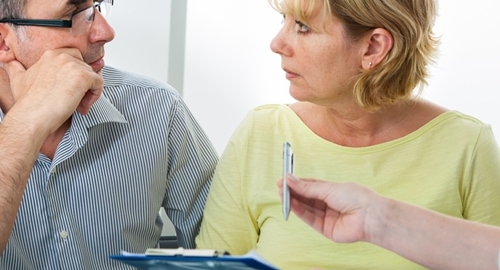 Housing interest rates fell again last week, and now sit at a benchmark of 3.8 percent for a fixed-rate 30 year mortgage. This figure is down from 3.91 percent last week, and represents a giant drop from the same period last year, when it was 4.51 percent. This week's number is also significantly lower than the yearly average, which is at 4.15 percent, indicating that we are currently in a notably reduced mortgage environment.

These data support Chairman of the Federal Reserve Janet Yellen's caution in suggesting a timeline for when they might rise again. Across a wide range of loan timelines, rates were down: 15-year fixed rates dropped from 3.15 percent to 3.04 percent, 5/1 adjustable rates decreased .06 percent and the benchmark 30-year fixed rate jumbo dipped to 3.92 percent from 4 percent. These low rates could be contributing to increased market activity, which has been cooled down by unseasonably turbulent weather in many areas of the country.

Last week saw a nearly 10 percent increase in mortgage applications over the pervious one, purchase applications rose 5 percent and refinances jumped 12 percent. These figures, from the Mortgage Bankers Association, suggest that the country is shaking off the effects of the big chill and that the housing industry is following suit.

"We are swamped with everything from purchases to new construction to refinances," says Pava Leyrer, chief operating officer of Northern Mortgage Services in Grand Rapids, Michigan. "It's just a great market. We're hiring people."

Yellen, however, has made no current overtures toward increasing federal rates. Her willingness to do so, according to her remarks to reporters, is reliant on both good economic growth and inflation approaching the target of 2 percent, and the current wage figures do not yet support a change in rates.

"A lot of economic data since has shown some rough spots in the economy," says Brian Rehling, chief fixed income strategist at Wells Fargo Advisors. "That allows the Fed to stay on hold and not rush into raising rates."

While the low figures are good news for homebuyers, they do indicate that financial institutions should still show caution to ensure continued, steady profits as sales go up. One way to do this is to ensure that all payments are collected on time and in full, through the use of amortization schedules. This way, lenders can continue to offer lines of credit to the increasing number of borrowers, without worrying about being overwhelmed and losing track of incoming funds.