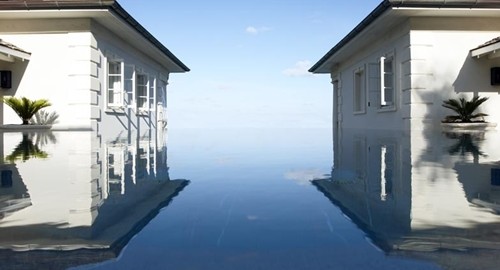 A few short years ago, many homeowners may have felt stuck in their current situation. The housing market had tanked, virtually the entire population was down in the dumps over the economic recession and the last thing on most people's minds was the word "buy."

But, as reported earlier in this blog, signs of a better environment are slowly materializing. For example, while many homeowners that wanted out of their current situation had to make compromises on selling prices during much of the late 2000s, a recent article published by Bloomsberg Businessweek describes buyers jumping at the prospect of purchasing luxury homes as soon as they're available.

For example, the article reports that a homeowner named Christine Lynch put her upscale home in the swanky Los Angeles neighborhood Brentwood on sale for upwards of $3 million. While doing this in 2008 may have left the property to stagnate for months or longer, Lynch reportedly had seven offers within a week.

In fact, there was so much interest in her home that prospective buyers became engaged in a bidding war, and within 10 days of the initial listing, Lynch's home was purchased for $225,000 more than she asked.

This does not seem to be an isolated incident as statistics show purchasing trends in the luxury home sector to be growing. For example, the National Association of Realtors found the purchase of properties in the U.S. valued at $1 million and higher rose more than 7 percent between 2011 and 2012.

Considering the growth in luxury home purchases in America, lenders in the country may see an influx of customers that require significant sums of capital in order to make a down payment on their dream property. And because many of these borrowers may require a large amount of time in order to pay back these loans, lenders should consider investing in an amortization calculator and loan servicing software to keep up with payments long into the future.