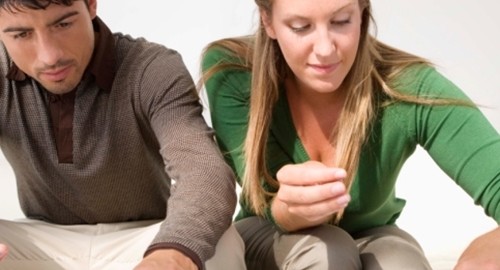 When a real estate amortization schedule is used for loans, it should help borrowers and lenders. With a clearly marked monthly payment plan, homeowners can avoid the possibility of foreclosure, which will benefit both parties. As the housing market works its way back to a full recovery, this tool could be especially useful.

However, reports show that first-time property owners might have difficulty achieving that goal.

According to the Campbell/Inside Mortgage Finance HousingPulse Tracking Survey, first-time home buyers were purchasing only 34.7 percent of the homes sold in October. This is a decrease from September's 37.1 percent and is the lowest amount ever recorded by the survey.

Thomas Popik, research director for Campbell Surveys, told U.S. News that the trends of disparity in who is purchasing homes is due in large part to banks' increasingly tough mortgage standards. However, the Federal Housing Authority (FHA) is the real obstacle for first-time buyers, he said.

"The basic problem is that about half of owner-occupant homebuyers rely on low down payment loans. FHA is now under significant financial pressure," Popik said. "They've tightened their underwriting, and weeded out a lot the lenders that have poor lending practices."

He added that the FHA has restrained access for first-time buyers who can't make the traditional 20 percent down payment.

While this blog has previously discussed that construction spending has increased, recent reports show that the amount of construction jobs has not risen at the same speed.

Jed Kolko, an economist at Trulia – a residential property listings website – said in his findings that during the past three months, construction jobs overall decreased by an annual rate of 0.4 percent, while employment overall grew by 1.3 percent.

When a company is able to find workers for a building job, though, partnering with a lender that uses construction loan software will help keep their monthly payments organized and timely.