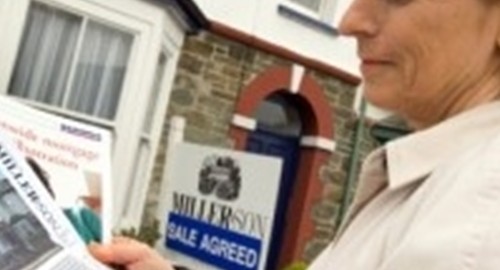 Last week, the Federal Housing Finance Agency (FHFA) released its July Refinancing Report, which showed that more than 519,000 loans were refinanced through Fannie Mae and Freddie Mac under the Home Affordable Refinance Program (HARP) since the beginning of this year.

According to a FHFA press release, this was a huge milestone for the housing market, as a high volume of HARP loans is attributed to record-low mortgage rates. Furthermore, the refinancing program offered the elimination or lowering of certain fees for borrowers.

"When we announced additional program changes to HARP last fall, we were cautiously
optimistic that the changes would double or more the number of HARP refinances," acting
director Edward DeMarco said in a FHFA press release. "With more than half-a-million homeowners taking advantage of the program in the first seven months of this year Fannie Mae and Freddie Mac are on track to meet or surpass our original estimates."

Even with new and successful refinancing options being made available for homeowners, lenders should still ensure they are using quality loan management software. This will assist in creating an adequate repayment plan for borrowers the first time.

Some of the most depressed housing markets in the nation, though, are experiencing a form of growth from an unexpected source. Investors are scooping up undeveloped land, looking to resell for returns of more than 20 percent on their initial investment, according to Reuters.

The news source said that investors purchased the land during bankruptcy proceedings or when banks seized foreclosed properties after builders could no longer afford the unit.

Using an amortization schedule for loans is another key tool that lenders should use to ensure that whether individuals are building their own home or are looking to buy one already built, the right type of mortgage is created. This way, both sides can be satisfied.