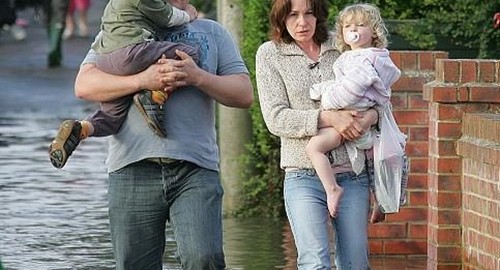 It only took Hurricane Sandy two days to sweep across the Eastern Seaboard at the end of October, yet the effects are still lingering. This blog has discussed actions being taken by the federal government to provide as much aid as possible to those affected by the storm. Even if an amortization schedule for loans is in place – ensuring that monthly payment plans are made on time – extra relief could be necessary for some victims.

With that in mind, Freddie Mac declared a mandatory suspension of evictions and foreclosures on homes secured by mortgages it owns or guarantees which were affected by Hurricane Sandy. According to Mortgage News Daily, the government-sponsored enterprise made the announcement after consulting with its conservator, the Federal Housing Finance Agency (FHFA).

"Given early assessments of Hurricane Sandy's devastating impact, we are preparing steps that will authorize automatic and immediate action by the nation's mortgage servicers to help more borrowers with mortgages owned or guaranteed by Freddie Mac," Tracy Mooney, senior vice president of Single-Family Servicing and Real Estate Owned at Freddie Mac, told the news source. "These steps are intended to provide borrowers with peace of mind and help lay the groundwork for a faster recovery in the neighborhoods and communities affected by the storm."

Even without the additional stress of Hurricane Sandy, some homeowners are still feeling the burden of loans and are trying to find as many options as possible to ease the weight. According to Freddie Mac's third quarter refinance analysis, 54 percent of homeowners who refinanced during the third quarter of 2012 took new loans of approximately the same size as the old and 29 percent brought funds to the table to reduce their mortgage balance.

In order to keep payment plans within borrowers' ranges, lenders should invest in loan management software. That way, a created mortgage will be financially suitable from the onset.