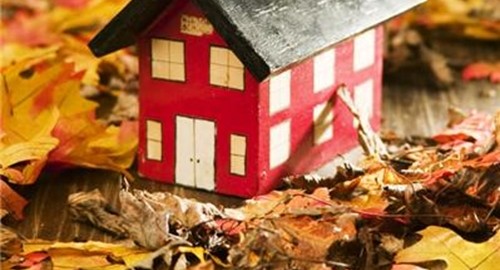 New data released by Capital Economics this month shows that the housing recovery could be hindered by the rate of cancelled housing contracts. According to the survey, an average of 18 percent of homebuyers walked away from a sale after already signing during the three months before July of this year. The number has not been that high since May 2010, when it was at a 23 percent cancellation rate.

August data from the National Association of Realtors showed that 36 percent of realtors are reporting some kind of problem with a contract, including cancellations, delays and renegotiations of the sales terms.

Paul Diggle, property economist at Capital Economics said that tight lending requirements are also contributing to contract cancellations. Also, when more homebuyers move off the sidelines from purchasing a house, they find out that they can't afford a mortgage, he said.

"While buyers are encouraged to get preapproved for a mortgage before making an offer on a home, it’s not a requirement," explained a recent MarketWatch article. "But skipping this step opens them up to the possibility of being denied a mortgage on a property that they’ve already entered into contract on."

However, the article added that it's in fact buyers who will suffer the biggest financial setback when they walk away from a contract – such as losing a housing deposit. Usually only with contingency clauses, in most cases of cancellation, will a hopeful buyer be able to get back his or her deposit.

Lenders would be wise to use mortgage loan software to ensure that the right type of payment plan is created. That way, borrowers will feel financially comfortable enough to stay in their home and continue to make payments. Additionally, an amortization calculator is another important asset for lenders to use to their advantage as well as that of homeowners.