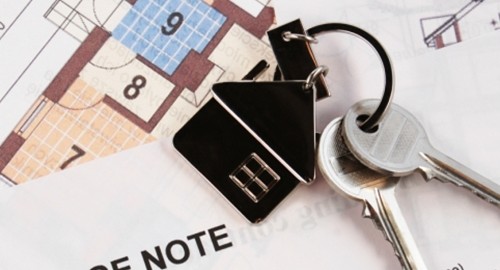 While homeownership is often seen as an accomplishment that Americans achieve after years of hard work, it is also something that some individuals fear. The idea of falling behind on mortgage payments looms over many people's heads, causing some to put off searching for a house of their own.

With an amortization schedule for loans, though, homeowners can rest assured that their monthly plans will be created to suit their financial needs. From there, fears of not making mortgage payments can be put to rest, and the economy can continue its way to a full recovery.

According to the Commerce Department, the nation's homeownership rate stood at 65.5 percent in the third quarter, down from 66.3 percent a year earlier. The rate was unchanged though from the previous quarter, reported the Wall Street Journal. This is possibly a sign that the plunge in homeownership may be hitting a bottom.

Record-low mortgage rates have been one reason that individuals are once again being lured toward the prospect of having their own property and consider a 30-year-loan.

"The housing market is definitely turning up," Joseph LaVorgna, chief U.S. economist with Deutsche Bank, told the news source. "We see it in homebuilders' sentiment, sales, construction and prices. Given where builders' sentiment is, housing starts could rise to over 1.2 million in the next six to 12 months."

Paul Diggle, an economist with Capital Economics, added that there are still difficulties for the housing market. Tight credit conditions might deter ownership rates, but the other side of the coin is that rentership rates are increasing. Specifically, 6.7 million additional households are renting compared to the cyclical low from 2004, Diggle said.

Whichever option Americans are considering, choosing a lender with loan servicing software will be highly beneficial. That way, individuals can receive a loan that will help them achieve their housing goals.