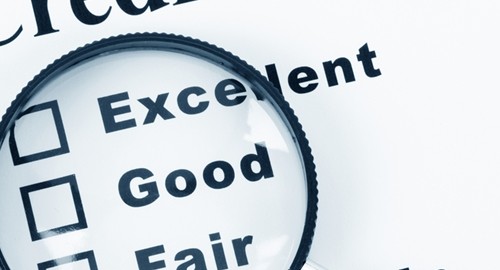 Checking a borrower's credit score can help lenders evaluate risk, but an individual's history is not a perfect predictor of their future behavior.

Bankrate contributor Janna Herron says that "an 850 FICO credit score is the grown-up version of a perfect SAT score." According to FICO, it is possible to achieve a perfect credit score, but Herron notes that "the accomplishment is fleeting. Unlike an exam that is scored once, a credit score is calculated anew each time a request is made and reflects changes on your credit report, which is continually updated."

FICO has released a study that examines the characteristics of individuals with credit scores above 785. Within this group, 96 percent had no missed payments on their credit report, and the average time elapsed since the last missed payment for the others was four years.

On average, these "high credit score achievers" only used about 7 percent of the available credit on their credit cards and had less than $3,500 in total credit card debt. They also did not borrow significant amounts of money through other means. More than 60 percent of the borrowers in the study group were found to have less than $8,500 in total outstanding debt, excluding mortgages.

These individuals also do not open new accounts frequently, despite having an average of four credit cards or loans with balances and seven credit cards, including closed accounts. The average age of higher achievers' accounts was 11 years old.

All of the behaviors displayed by the higher achievers are indicative of financial responsibility, but lenders need to do their part to facilitate timely repayment by setting up workable amortization schedules.